Oneplus 7 ready to sell in India from June 4, Learn why this smartphone is special

OnePlus 7 is ready for its first sale in India on June 4th. This smartphone was announced on May 14 with OnePlus 7 Pro. However, this smartphone is not Versatile like OnePlus 7 Pro, but there are many people looking for an upgrade of OnePlus 6T. After making some improvements in the previous version, OnePlus 7 has been launched from the company. The initial price of this smartphone is less than its earlier version 6T, which will be especially attractive to buyers.

In addition, buyers will also get variety in color variants. These smartphones of Mirror Black and Red Color Option are looking quite attractive to look at. However, the special thing is that red color variants have been specially launched for India and China, which comes with only 8 GB RAM.

The sale of this smartphone will begin on June 4 at 12 noon. You can go to Amazon India, OnePlus India Store, OnePlus Partner Store to buy it.

It would not be wrong to say that OnePlus 7 is an upgrade to its previous version OnePlus 6T, because there are many pieces of the previous version which are part of the OnePlus 7 series. It has a 6.41-inch Amoled screen with full HD resolution (2340 x 1080 pixel) resolution. The smartphone has gorilla glass 6 layers. Discounted in the Waterdragon feature OnePlus 7 in Displays. Let’s say the first one was given the convenience of the Nokia in OnePlus 6.

This smartphone is operated from the Snapdragon 855 processor, which offers different options like 6 GB / 8GB RAM and 128 GB / 256 GB storage. The smartphone runs on the oxygen operating system, which is based on Android 9.0 Pie.

The camera of this smartphone is not Versatile like OnePlus 7 Pro, but it comes with a 48 megapixel primary sensor with F / 1.7 aperture and secondary 5 megapixel depth sensor. A 16-megapixel selfie camera has been given at Waterdrop, Notch.

Speaking of other features of OnePlus 7, it has been given stereo speakers, which is equipped with Dolby Atom, apart from WiFi, Bluetooth 5.0, UFS 3.1 storage, and in-display fingerprint sensor.

Like the OnePlus 6T in its last variant, OnePlus 7 also has a 3,700 mAh battery and it has been supported by 20 Watt fast charging.

CATEGORIES NEWS DROPS
TAGS one plus 7oneplusindiapassionate geekz
Share This

NEWER POSTThe first cell of this new variant of Redmi Note 7 Pro is today, with these offers
OLDER POSTNow buy this smartphone for just 12,990 rupees

How To Unlock Gif Menu In Whatsapp||Search Online and Send Gifs To Your Whatsapp Friends,Groups

How To Unlock Gif Menu In Whatsapp||Search Online and Send Gifs To Your Whatsapp Friends,Groups   JOIN OUR FACEBOOK GROUP FOR MORE THEMING/DEVLOPING GUIDES  HELLO GUYS, in this ... Read More 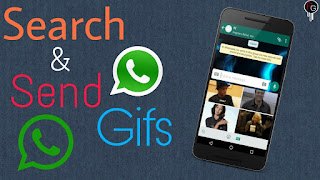 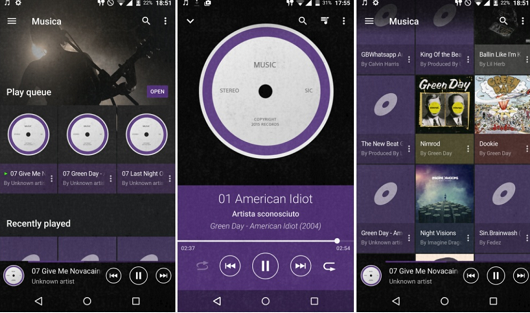 Android Pie Will be Updated in these Smartphone’s , Check wheather Your phone is listed or not